So, what has our laser cutter been up to lately at the QC Co-Lab? Making parts for a Kickstarter campaign, of course!

Roscoe Vertein has been working on prototypes and samples the last couple of months at the Co-Lab. He recently launched his Kickstarter campaign, Boffin’s Beneficial Battle Box: Decks, Dice, and other stuff.

The idea came to him one day, thinking about something he could build and sell. His passion for table top gaming made him wonder, “what would be a cool thing I could build?”

This epiphany moved Roscoe to start working on designs for the Battle Box. In all, he estimates that he drafted 100 designs in CAD over a two-month period. From those, he picked two for the next phase: prototyping.

From prototyping to making finished product, being a member of the QC Co-Lab has been instrumental in not only having access to tooling he’d never be able to use otherwise but also the brain trust of the other members bouncing ideas around and giving input.

“The more perspectives you have, the group perspective is better than just mine. It’s like having other creative people problem solving on your behalf,” said Roscoe. He’s felt the community here at the Co-Lab has been very supportive.

That’s not to say there hasn’t been some frustration along the way. “Getting into the right hands to get you in front of the community has been tough,” Roscoe said of looking for people willing to look at the Battle Box or promote to their particular fan bases, which would be interested in the product.

However, this has not discouraged Roscoe from working or promoting his idea to local businesses or at trade shows. Everything he’s made so far has either sold or is spoken for.

One of his biggest investments in time spent has been on the build process. “Production method changes have been time well spent.” Roscoe went from nearly a week build time to four in 2 ½ days.

The Boffin’s Beneficial Battle Box features storage space for cards, dice, pencils, and dice jails for your favorite tabletop games. The lid also opens and lays flat for a place to roll dice or set items out during a game. Please check out the Kickstarter here for more information or to support the project. 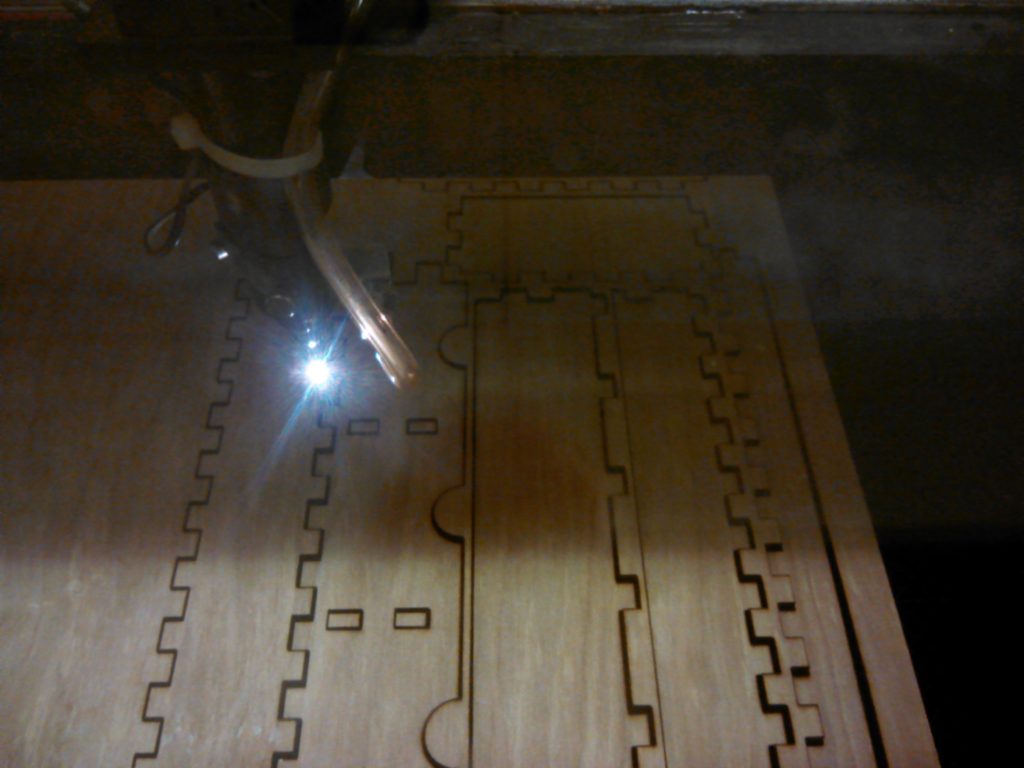